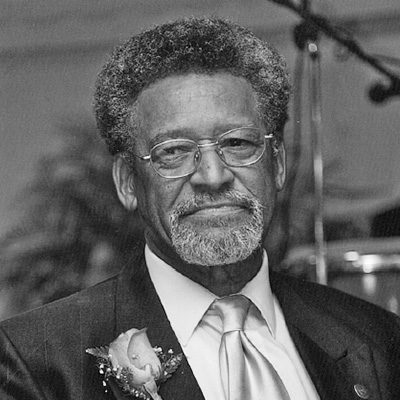 Colandus “Kelly” Francis was born in Enfield, North Carolina, and lived in Newport News, Virginia until his family moved to Camden, NJ in 1949. He continues to reside in the Parkside areas where his family members have lived for the past 45 years. Mr. Francis is a graduate of Hatch Jr. High and Camden High schools and attended Salem County Community College, Pennsylvania State University and Rutgers University. He worked for 34 years for the U.S. Postal Service and retired as an electronic technician in the field of automation and computer technology in 1989. While with the postal service, he served as a union officer for the American Postal Workers Union, holding various offices including general president. He is currently serving in several volunteer capacities as president of the Camden County NAACP, vice president of the Camden City Taxpayers Association, vice chairman of Parkside Business and Community in Partnership, member of the Camden City Early Childhood Advisory Council, member of Superior Count Sensitivity and Cultural Awareness (SCAN) committee, member of the Environmental Justice Advisory Council to the NJ Department of Environmental Protection, member of the Board of Directors of the NJ Work Environment Council (WEC), and chairman of the board of directors of the Fair Share Housing Center. He is the father of a daughter, Robyn, and two sons, Colandus, Jr. and Kevin and three grandsons, Colandus III, Christopher and Joseph.