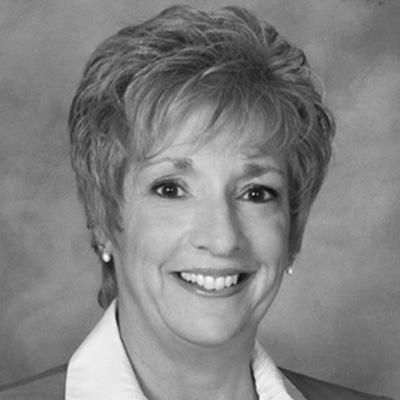 Marie Blistan, a high school special education resource center teacher in Washington Township public schools, is the president of the New Jersey Education Association. Blistan previously served as NJEA’s vice president (2013 – 2017) and secretary-treasurer (2009-2013). She was re-elected to a second two-year term as president effective Sept. 1, 2019, which she will serve until August 31, 2021.

At NJEA, Blistan is chair of numerous NJEA committees, including NJEA’s Political Action Committee (PAC), the Executive Committee, the Delegate Assembly, the County Presidents Council, the Staff Pension Committee, the Full Time Release Presidents’ Committee, and the Strengthening Local Associations Committee. Blistan is a member of the Leaders of Excellence in Education (LEE) group, which strives to provide the best education for all New Jersey children, as well as a member of the Great Lakes Center for Education Research and Practice, whose mission is to provide and review research-based solutions to issues that influence curriculum and instruction.

As an officer, Blistan plays an active role in working with other special interest groups. She currently serves on the Work Environment Council finance committee, founded and chairs the New Jersey Special Education Stakeholders Coalition, is a trustee for the Brain Injury Association of New Jersey, serves as a member on the EMERGE NJ Board as well as the Women’s Political Caucus of NJ, is a member of the NJ Hall of Fame Board of Commissioners, its Academy of Voters, and its nominee selection committee. Blistan was a founding member of the New Jersey Labor Management Collaborative and helped lead a statewide effort to pass teacher leadership legislation. Blistan currently sits on the governing board of the New Jersey Center for Teaching and Learning, and she has been selected to join the New Jersey Council on Juvenile Justice System Improvement’s Education Subcommittee. Furthermore, Blistan was appointed by Governor Phil Murphy to serve on his transition team for education.

No stranger partnering with likeminded advocates, the effects of Blistan’s leadership resonates in classrooms throughout New Jersey. As one of three founding members the Healthy Schools Now Coalition, she helped spearhead efforts that led the School Development Authority to release funds that would go directly to public schools. With a passion for leadership, Blistan led statewide efforts to write and see the passage of legislation that created a new endorsement for public school employees holding standard teaching certificates, the Teacher Leader Endorsement.

While serving as secretary-treasurer, Blistan was the lead officer in establishing NJEA’s Hurricane Disaster Relief Fund for members and student. She was proud to be a part of NJEA’s Hurricane Sandy Back-to-School Relief Program as well as the Sandy Ground Project—a joint venture with the New Jersey’s Firefighters’ Association that resulted in 11 playgrounds being built throughout the state of New Jersey. These playgrounds were part of the 26 built across Connecticut, New York, and New Jersey. During her role as secretary-treasurer, Blistan chaired the Budget Committee and sat on the Distinguished Student Teacher Awards Selection Panel. Additionally, she was a member of the Milken Award Selection committee and served as the officer liaison to the New Jersey Retirees’ Education Association (NJREA).

Additionally, in 2013, Blistan worked with other public sector worker unions to help pass the historic constitutional amendment on New Jersey’s minimum wage, was recognized in both 2014 and 2016 by the NAACP, and was the 2015 recipient of the NJ State Democratic Committee’s Jefferson Jackson Award.

In 2007, Blistan successfully spearheaded opposition to an involuntary pilot program that would have consolidated all of Gloucester County’s school districts. In addition to her county duties, Blistan has held leadership positions in two local associations. She was executive vice president of the Washington Township Education Association (2003-2005) and the president of the Somerdale Education Association (1984-1986) in Camden County. Blistan also served as the WTEA vice president of secondary (2001-2003) and vice president of special services and secretaries (2000 2001). She chaired numerous committees in both associations and was the 1987 Somerdale and Camden County Teacher of the Year. She has also been honored with a Friend of Gloucester County Education award in 2011 and a special recognition award from the Bridgeton chapter of the NAACP in 2013.

Blistan co-founded and was the chair of the Gloucester County Education Commission (2007-2009), where she created a positive forum for NJEA members to meet with legislators on selected topics that affect both members and public education. Her efforts on this project served as a model for other counties to successfully launch their own county education commissions.

As a teacher, Blistan was selected to be on the N.J. Hall of Fame Advisory Commission in 2008 for her classroom work in supporting the creation of the N.J. Hall of Fame. In 2009, she was appointed to be an official member of the NJ Hall of Fame Board of Commissioners and currently is the chair of their education committee. Blistan also served on the NJEA Emergency School Response Task Force, a committee created to work with the NJ Department of Homeland Security to design emergency response plans in state public schools. She was a member of the Partnership for Collaboration and Professional Learning, and served on the Evaluation Pilot Advisory Committee (EPAC) where she assisted the Department of Education in making recommendations to the Commissioner on effective practices for an evaluation system.

A graduate of Camden County College and Glassboro State College (now Rowan University), Blistan continued her graduate studies and earned a master’s degree in reading. Blistan holds certificates as a teacher of the handicapped, reading, secondary English, and as a reading specialist. She has also earned a supervisor of instruction certificate from Rowan University.

Blistan’s continued focus as NJEA president is for NJEA and all its members—certificated, support professionals, retired, and student members— to continue to take the lead on the discussion of New Jersey’s education progress in order to provide the best experience possible for all public school children.

Unafraid to enter the political arena to fight on behalf of educators and children alike, Blistan was ranked 21st out of 100 of the state’s most influential leaders on 2018 Insider’s NJ’s “Power 100 List” and 13th out of 100 on the New Jersey Globe’s 2018 Power List. Blistan was further honored by Kidsbridge with its 2018 Humanitarian Award for her work as teacher of students with special needs in Washington Township (Gloucester Co.) and her dedication to the wellbeing of children and all New Jersey families. In 2019, Blistan was awarded the Evangelina Menendez Trailblazer Award, which recognizes women, from the state of New Jersey, who promote equal rights for all and champion the rights of women, families, and children, by US. Senator Robert Menendez.

As her second term as NJEA President began, Governor Murphy appointed Blistan to the NJ Future of Work Task Force. As member of the Task Force, Blistan experiences as an educator help influence the creation of an online catalog of policies and proposals relating to the future of work in New Jersey.

Blistan and her husband, Bob, a retired high school special education teacher in Washington Township, live in Harrisonville. She has two sons, a daughter, and five grandchildren.