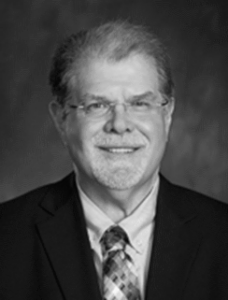 The nephew of a union paper worker, Vitale has been a proud union member his entire working life, since being hired at the age of 18 as a slitter operator at Oneida Packaging, later Pacquet-Oneida, in Clifton, N.J. There, Vitale joined the United Paperworkers International Union (UPIU), which later became part of the USW.

Vitale quickly took on a leadership role in his union, becoming a member of the Local 318 bargaining committee at the age of 20. He was elected chief steward of his unit in 1980 and later served on the local’s executive board, as a trustee and as the local’s recording secretary.

In 1995, Vitale joined the staff of the UPIU. Since then, he has worked with USW members to bargain contracts across a wide range of industries, including paper, pharmaceuticals, health care, manufacturing, printing, chemicals, aluminum, non-profits and the public sector.

Throughout his career, Vitale has taken on leadership roles in a number of high-profile organizing campaigns. In 2014, he was instrumental in helping to organize 500 nurses at Robert Wood Johnson Somerset Hospital in New Jersey.

In 2012, Vitale became the District 4 Sub-Director of the Edison, N.J., office and served in that position until he was