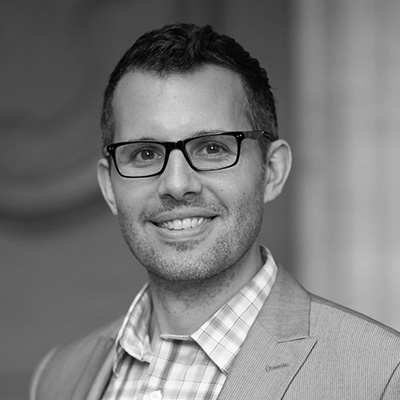 Return to the STAFF page

Dan joined WEC after his most recent work as Director of Development and Membership Services for The Electrochemical Society, an international scientific non-profit. Working with a small staff, Dan increased development and membership revenue by more than 60 percent and created new partnerships with both the Bill & Melinda Gates Foundation and Toyota North America. Previously, as Outreach & Development Director for New Jersey Future, Fatton spent five years increasing dollars raised through sponsorships and major gifts fundraising.  He also worked on issues of equity, economy and the environment, authoring several policy pieces with a focus on the intersection of transportation and health. Fatton served on the I Am Trenton Community Foundation Board of Trustees from 2009- 2015, including as President from 2013-14. Dan is a member of the City of Trenton’s Planning Board, Trenton Green Team and Trenton Cycling Revolution, a local bicycle and pedestrian advocacy group. Dan is a 2012 Lead New Jersey Fellow and a 2013 Fellow of the Environmental Leadership Program’s Eastern Regional Network. In 2013, Fatton was honored with a Healthy Kids Champion Award recognizing his leadership in the adoption of Trenton’s nationally ranked Complete Streets policy. Fatton has a master’s degree in City and Regional Planning from the Bloustein School of Planning & Public Policy at Rutgers University and a bachelor’s degree in media arts and design from James Madison University. He is a member of the Diversity & Equity Task Force for Sustainable Jersey, and serves on the Board of Trustees for the New Jersey Council for the Humanities.