US Senator Booker Alerts Agencies about Mercury Hazard in Schools

Home/Highlights, WEC in the News/US Senator Booker Alerts Agencies about Mercury Hazard in Schools
Previous Next

US Senator Booker Alerts Agencies about Mercury Hazard in Schools 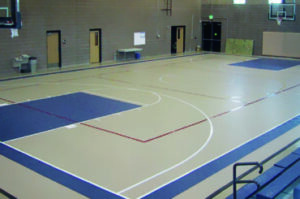 Thanks to the work of Healthy Schools Now, New Jersey Education Association, Mom’s Clean Airforce and WEC, US Senator Cory Booker is calling for an investigation into potentially hazardous emissions from flooring that has been widely installed in public spaces across the country since the 1960s.

Some synthetic rubberized floors found in schools, hospitals, and community centers were made using a substance, phenyl mercuric acetate (PMA), that may release mercury vapor into the air as they deteriorate. This colorless, odorless vapor can damage the central nervous system, kidneys, lungs, skin and eyes and is especially harmful to young children and fetuses whose bodies are still developing. Studies show that children with autism have an even harder time excreting toxic metals, further increasing the health risk.

Recently, several of these contaminated floors were identified in Gloucester County and are being removed and replaced this summer. It is currently unknown as to how many of these floors exist and how many people are being exposed.

“Too many schools in New Jersey have rubberized floors that may contain mercury, potentially exposing school staff and children to this neurotoxin,” said Heather L. Sorge, Campaign Organizer for Healthy Schools Now, New Jersey Work Environment Council. “Testing is needed to rule out the presence of mercury. We call on ATSDR to issue a national alert to warn the general public about this health hazard. These affected floors need to be identified, tested, and dealt with in a timely fashion to protect public health.”

In a letter to the U.S. Environmental Protection Agency, Agency for Toxic Substances and Disease Registry (ATSDR), and U.S. Consumer Product Safety Commission, Senator Booker requested the agencies work together to evaluate the risk of mercury exposure from the flooring and adopt a risk assessment model. He also called on the agencies to communicate the potential mercury hazard to school districts and the general public.

After meeting with Senator Booker, WEC is pleased to see he is bringing attention to this lesser known hazard and calling for action. In April,  WEC wrote to ATSDR requesting it issue a hazard alert about these floors to the general public and school districts.