COVID-19 is our World War II – to fight it, we need to reconnect to our sense of social responsibility.

Home/Opinion Pieces, WEConnect Newsletter/COVID-19 is our World War II – to fight it, we need to reconnect to our sense of social responsibility.
Previous Next

COVID-19 is our World War II – to fight it, we need to reconnect to our sense of social responsibility.

Coronavirus is an existential threat that could inspire individuals, businesses, and governments to act like they haven’t since World War II.

In 1943, Eleanor Roosevelt planted a “Victory Garden” on the White House’s lawn, with the intention of encouraging Americans to grow their own vegetables, to reduce food and labor shortages as a result of World War II.

By the end of World War II, some 40% of all vegetables consumed in the United States were grown in Victory Gardens. One poster read: “PLANT A VICTORY GARDEN. OUR FOOD IS FIGHTING.”

Social responsibility is in our veins. Our concept of connectedness after World War II, while notably racist and exclusionary (something that should always be addressed and considered when forming new policies), allowed us to build some of the most effective social infrastructure the world had ever seen in the 20th century.

The financialization of our economy and our political lives in the 1980s tricked us. After the Civil Rights movement won many of its battles to include everyone in that incredible social infrastructure, we were suddenly told it doesn’t matter. That every individual is an island. That government was the problem, and that there was no such thing as “society.”

New Jersey should reject this notion in light of COVID-19, rise to the occasion, and treat our healthcare workers like the heroes they are. Every individual, small business, corporations, and our state and federal governments, has a social duty to do our part for them.

In 2020, our troops are nurses and nursing assistants, doctors, grocery store workers, delivery people, janitors, and any New Jerseyan who does not have the ability or privilege to stay home and practice social distancing. Our enemy is invisible. And millions of lives are at stake.

Staying inside, advocating for policies which support working and small businesses through these difficult times, and demanding New Jersey invest in our most vulnerable people are all noble social callings of the highest honor.

We are, each of us, tasked with fighting this thing- and the best part?

The first and most important thing we can do is stay inside and play a video game, or something. That’s our Victory Garden.

In other words- for those who have the ability and privilege, staying in and binging Netflix, developing our writing skills, or bettering ourselves (or not) in any way we see fit, shouldn’t be depicted as something terrible for the economy, but a noble social duty. One that will help us come out on top of this virus with a minimal loss of life, that will reduce the burden on our heroic healthcare, grocery store, and pharmacy workers.

A social duty that will help us build an army of bored but brilliant individuals, who just had a ton of free time to brainstorm new ideas about how to rebuild our economy.

A social duty on par with our duty to fight World War II- and with equally meaningful prospects for how it can help movements organize for long-term systemic change to fight against systemic racism and poverty.

This is the quintessential economic investment; a social investment. We bury our id for just a moment- we don’t go out, the wealthy hold their breath and accept higher taxes, and we consider the health of communities outside or invisible to our own.

In return? We save thousands, maybe millions of lives, ensure the long term health of our economy, and avoid a second wave of coronavirus slamming into our healthcare system like a wrecking ball.

Progressive leaders should seize the moment not just to reject Trump’s reckless proposals and lackluster support from the federal government, but to inspire New Jersey residents to do their part. To save lives. To foster the long-term health of the economy, and to reject the absurd corporate greed which is working to push us all back into harm’s way faster than our healthcare system will ever be able to handle.

Of course, the social distancing measures put in place by the Murphy administration have been powerful, strict, and effective. The work the administration has done is second to no other state in the country.

But this virus, second only to climate change, is the most explicit and visible threat to our collective safety in our lifetimes. There should be no shame in asking everyone, collectively, to do their part for society at large- not just themselves.

That isn’t to say that systemic changes and organizing should take a back seat.

In order to save lives, we need to provide enough personal protective equipment (PPE) for every worker on the front lines, and medical equipment to every healthcare provider in need. We need to fight for the homeless, workers who can’t afford this downturn or are being forced by reckless corporate greed onto the frontlines, and small businesses that are suffering. We need to strictly enforce social distancing measures. States need meaningful relief from the federal government. And organizers need to seize this moment to fight for an economy that can handle the next pandemic, and that values the lives of workers over the greed of a handful of investors and billionaires.

But culturally, this moment could inspire millions of people to challenge the belief that everyone is an island, that we are all fighting only for ourselves, and that large social change isn’t possible, if even desirable.

We can’t win change unless we truly feel connected to what we are fighting for. So let’s work together! Let’s roll up our sleeves, and finally get around to binge-watching all of The Sopranos! Or whatever it is we like to do on a rainy, lazy night.

Maybe “staying in tonight” can be our training wheels for building even bigger social change. Let’s seize that opportunity. 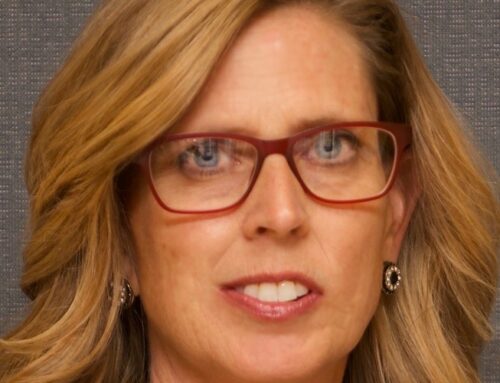 Let’s ‘build back’ the right way for working people

Let’s ‘build back’ the right way for working people

Who needs unions, anyway? We all do. | Opinion

Who needs unions, anyway? We all do. | Opinion