The New Jersey Work Environment Council holds its major fundraiser, an awards dinner, each year. We look forward to being joined by labor, environmental, community leaders and public officials, representing many thousands of New Jersey workers and residents.

Enjoy hors d’oeuvres, beer, wine, and a buffet dinner, with ample time to network and mingle with friends. WEC relies on the generosity of our members to help fund our mission: working for safe, secure jobs and a healthy, sustainable environment. 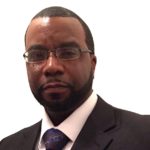 The Reverend Dr. Charles Franklin Boyer is a third generation African Methodist Episcopal Preacher. He
is the pastor of Bethel AME Church in Woodbury, NJ, the founder of Salvation and Social Justice, and the
co-convener of The NJ Black Multi-Faith Alliance, The NJ Prophetic Agenda, and the United Black Agenda. He leads various boards, initiatives and committees. He earned a Bachelorette of Science and Master’s in Business Administration from Franklin University and holds a Master of Divinity and Doctor of Ministry from Payne Theological Seminary.

He is a racial justice activist calling the black church back to its liberationist roots. Rev. Boyer has lead successful campaigns to have the A.M.E. Church formally recognize mass incarceration as a major priority. He led and co-authored “The Covenant Project to Eradicate Mass Incarceration an A.M.E. Strategic Response to Mass incarceration.” Nationally, he has represented the Social Action Commission of the AME Church in several capacities including, the United States Senate regarding solitary confinement and the House of Representatives for gun violence.

Rev. Boyer lead the campaign in New Jersey to require racial impact statement legislation to counter racial disparities in criminal justice laws and practices. He is a leading prophetic voice in the campaign to abolish the War on Drugs and the criminalization of black people. He has been recognized as a Game Changer by the NAACP, a Torch Bearer by the ACLU, and a Movement Maker by NJ Working Families. He is married to Rosalee and they have three children; Shaina, Kyle, and Jayden.

More than anything, Rev. Boyer is passionate about the spiritual disciplines, especially prayer and mediation. He rises early every morning to commune with God and seek guidance. His favorite scripture is Psalms 27:13 I would have lost heart, unless I had believed, that I would see the goodness of the Lord in the land of the living. 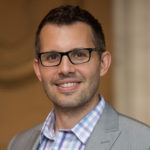 Dan Fatton serves as New Jersey State Director in a consultancy for the Energy Foundation, responsible for coalition and relationship management in the state. Dan is currently working with more than 30 organizations to draft a state strategic plan that will guide the Energy Foundation’s giving in New Jersey.

Previously, Dan was executive director for the Work Environment Council (WEC) from 2015-2018, managing a staff of six for the statewide coalition of 70 labor, environment and community organizations. In this role, Dan served as project director for several federal grants, launched new training initiatives, and co-founded Jersey Renews, securing the participation of 40+ organizations, including more than a dozen unions, all committed to making NJ a leader for state-based action on climate. Dan overhauled WEC’s communications efforts, launching WEConnect, the monthly email newsletter, and upgrading the organizational website. During his tenure, Dan grew the WEC budget by $200k.

Dan has worked in the non-profit sector for more than 15 years, including as Director of Development and Membership Services for The Electrochemical Society, an international scientific non-profit. In that role, Dan created new partnerships with both the Bill & Melinda Gates Foundation and Toyota North America, establishing fellowships and grant competitions to support research in sanitation and green energy. Previously, as Outreach & Development Director for New Jersey Future, Dan worked on issues of equity, economy and the environment, authoring several policy pieces with a focus on the intersection of transportation and health.

Dan holds a bachelor’s degree in Media Arts & Design from James Madison University and a master’s in City and Regional Planning from the Bloustein School of Planning and Public Policy at Rutgers University. He has also completed fellowships with Lead New Jersey and the Environmental Leadership Program.

Dan is a Trenton resident, experienced in community organizing; he served on the I Am Trenton Community Foundation Board of Trustees from 2009- 2015, including as President from 2013-14. Dan is the current Chair of the City of Trenton’s Planning Board, Vice-Chair for the City’s Green Team, Treasurer for the New Jersey Council for the Humanities, and serves on the Board for several other organizations, including New Jersey Policy Perspective and ArtsEd NJ. Dan served on Governor Murphy’s Energy and Environment Transition Committee in 2017, and as co-lead of Mayor Gusciora’s Trenton Sustainability, Natural Resources and Recreation Transition Committee in 2018. 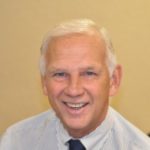 Bernie Gerard Jr. is the Vice President of Health Professionals and allied Employees (HPAE), representing 13,000 nurses and health care workers throughout New Jersey and Pennsylvania, has served HPAE since 1996. Bernie has over ten years’ experience as a Registered Nurse in the Surgical-Trauma Intensive Care Unit at University Hospital in Newark. In addition to his duties as a Level I trauma nurse, he was a preceptor, oriented new staff, and provided in-service education. In 1989, with his colleagues, organized the RNs at University Hospital and other sites at UMDNJ to join HPAE. Despite strong opposition from management, they were successful and HPAE Local 5089 was established. Bernie served as the Local’s President until 1996, when he was elected to his current position as Vice-President.

Among his many job duties, Bernie coordinates continuing education activities, and acts as a resource to members regarding relevant laws, regulations, articles, and issues that impact the nursing profession. He also prepares and presents testimony, and comments appropriately to applicable laws and regulations. In addition, researches and analyzes issues, prepares, defends and disseminates HPAE’s position on professional issues. He is a strong advocate for members, helping them in negotiations, grievances, and other contract issues.

Bernie is proactive in improving safety in the workplace. He advocates for education, training, and member involvement in workplace violence committees, health and safety committees, and taking active roles to make the work environment safer.

He has served on the Essex West-Hudson Labor Council for over 20 years and has been Vice President on the council for 15 years. Whenever and wherever there is a call to labor to help other members, whether it be on the picket line, at a rally, or just for assistance, Bernie can be counted on to be there. 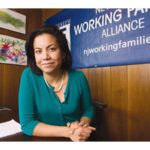 Analilia Mejia is a progressive union and community activist with Jersey roots and nationwide experience fighting for policies that lift up working families. Under her leadership, New Jersey Working Families Alliance has become a prominent fixture in the fight for worker and community justice; working on issues such as earned sick days for all workers, to environmental justice and expanding voting rights and promoting a more participatory democracy. Under her leadership, the organization spearheaded an unprecedented effort that has resulted in earned sick time laws in thirteen New Jersey municipalities. National media outlets has called this “the biggest wave of paid sick day victories ever.” In April 2015, she was honored by President Obama as a “White House Champion of Change” for her work on earned sick time for all workers.

Her efforts resulted in one of the most comprehensive Voting Rights Reform bills passed in New Jersey and through her leadership, New Jersey Working Families has championed the fight for fair taxes and a fair state budget every single year under the Christie administration. Prior to taking her position at Working Families, Analilia was the political director for SEIU 32BJ New Jersey, where she expanded their political program and engaged local and statewide elected officials to adopt pro-worker policies. Analilia has also helped lead political, policy and union building programs across the country for SEIU International, UNITE HERE and UFCW. She is the daughter of immigrants, a mother of two and an activist through and through. 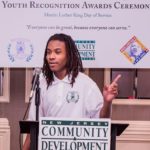 Justis Brown is a senior at International High School in Paterson, New Jersey. He currently serves as the President of the Passaic County Youth Council. He is trained in Public Speaking, Community Development, Advocating and Acting.

Justis is committed to helping people and is passionate about serving the greater Paterson community. He has assisted in creating gardens and participated in building a playground with the program Alexandra’s Playground. Justis is also very passionate about engaging in the legislative process and has volunteered with several elected officials, including Paterson Councilman Robert Artis, Freeholder Theodore “TJ” Best, Paterson Mayor Andre Sayegh, and Paterson Councilwoman-At-Large Dr .Lilisa Mimms. Justis is a proud graduate of the inaugural class of the Healthy Schools Now Student Leadership Academy. 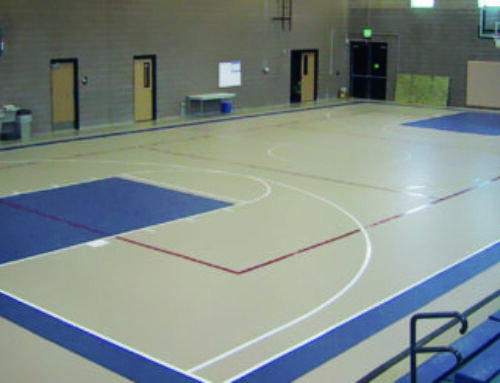