N.J. dodged a bullet in Philly refinery blast. Will we be so lucky next time?

Home/Highlights, Opinion Pieces/N.J. dodged a bullet in Philly refinery blast. Will we be so lucky next time?
Previous Next

N.J. dodged a bullet in Philly refinery blast. Will we be so lucky next time? 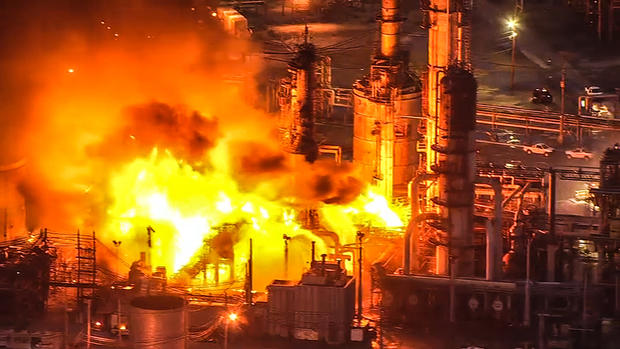 In South Jersey, this year we have a big reason to be grateful.

In June, according to a recent report from the U.S. Chemical Safety Board (CSB), a million residents of South Jersey and Pennsylvania narrowly escaped exposure to hydrofluoric acid, a highly toxic gas, after a preventable series of explosions at the Philadelphia Energy Solutions refinery.

When the explosion took place at 4 am, a control system operator immediately hit a switch to move the deadly hydrofluoric acid into a separate drum out of danger. Three other refinery workers fought flames to shut valves supplying fuel to the fire.

The reward for these brave workers, all members of United Steelworkers Local 10-1? They lost their jobs, along with over 1,000 others. We’re lucky this disaster did not cause any loss of life. But it’s inexcusable that so many residents were put at risk and so many workers lost their livelihoods due to apparent negligence by company executives — who paid themselves $4.5 million in bonuses just two weeks after the incident.